HOME > OFFICIAL NEWS > SIFF NEXT | SIFF NEXT 2022 Calls for Registration!

SIFF NEXT | SIFF NEXT 2022 Calls for Registration!

The 25th SIFF NEXT (2022) now openly recruits young filmmaker trainees in three groups: producers, screenwriters, and directors. About 20 trainees will finally be shortlisted to participate in the SIFF NEXT activities during this year's Shanghai International Film Festival (SIFF). The registration will last until March 10, 2022. 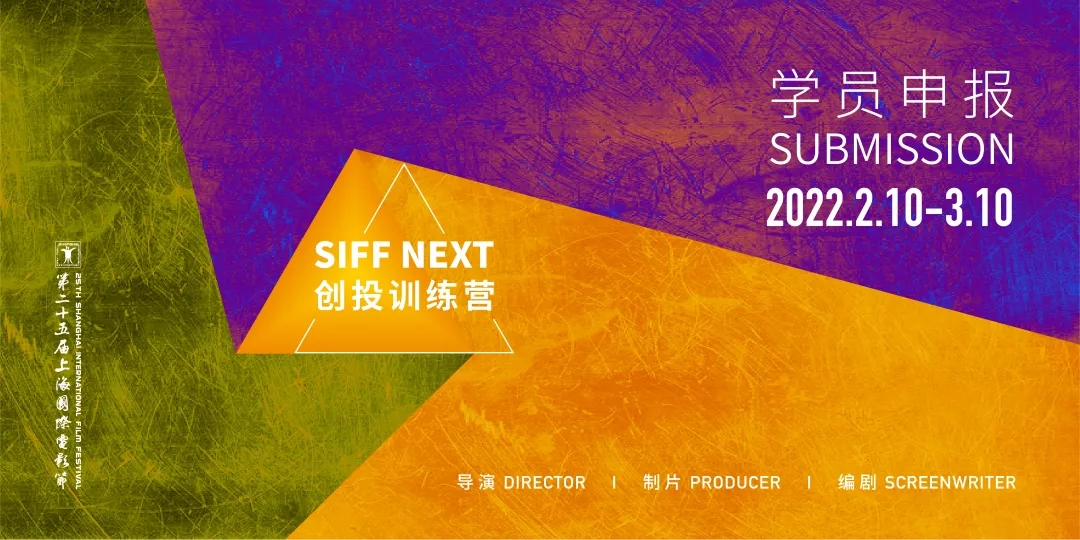 Established in 2017, SIFF NEXT is one of the key links in SIFF's stepped new talent incubation system. Since 2019, the newly upgraded SIFF NEXT has introduced a progressive two-phase activity model that runs through the whole year, to shift the focus from film projects to individual filmmakers that is new and crucial to this industry, especially the three roles of producer, screenwriter and director who are vital to initiating projects. Based on selecting and recommending the potential young filmmakers, it provides a platform for continuous individual growth and project incubation to jointly build the Chinese cinema film ecosystem for the young filmmakers.

In 2022, SIFF NEXT will further provide the emerging filmmakers with targeted support in entering the industry and project development to help them complete their first and second feature films. In terms of activity settings, this year's SIFF NEXT still covers two phases.

The Industry General Knowledge Workshop of the first phase will be held during the 25th SIFF. The shortlisted trainees in each group will have the opportunity to get to know each other, communicate face-to-face with domestic first-line film workers, attend activities in various SIFF units, gain a full range of experience at the international film festival, and understand the current production environment of domestic film and television works.

The Project Development Workshop of the second phase will start the registration in the second half of 2022, and last for 3-5 days. The organizing committee will call for feature-length film projects and complete scripts from the former trainees who have been shortlisted, and select about six projects. During the workshop, they will have closed-door communication with the instructors in an efficient and close manner, and make a report to the industry. In the end, the instructors will vote on two best SIFF NEXT projects. The honorees shall each complete a short film related to the project before the next SIFF to be eligible for the next SIFF PROJECT.

At present, the recruitment of the first phase of SIFF NEXT 2022 has officially kicked off, and the registration channel is open to the young filmmakers with certain working experience in the Chinese-speaking region. If you meet any of the following qualifications, then join us!

a Producer: Produced at least two short films or one feature film;

b Screenwriter: Completed at least two short films or one feature film as a screenwriter;

c Director: Shot two short films or one feature film as a director;

PS: Applicants with feature film projects under development will be given priority.